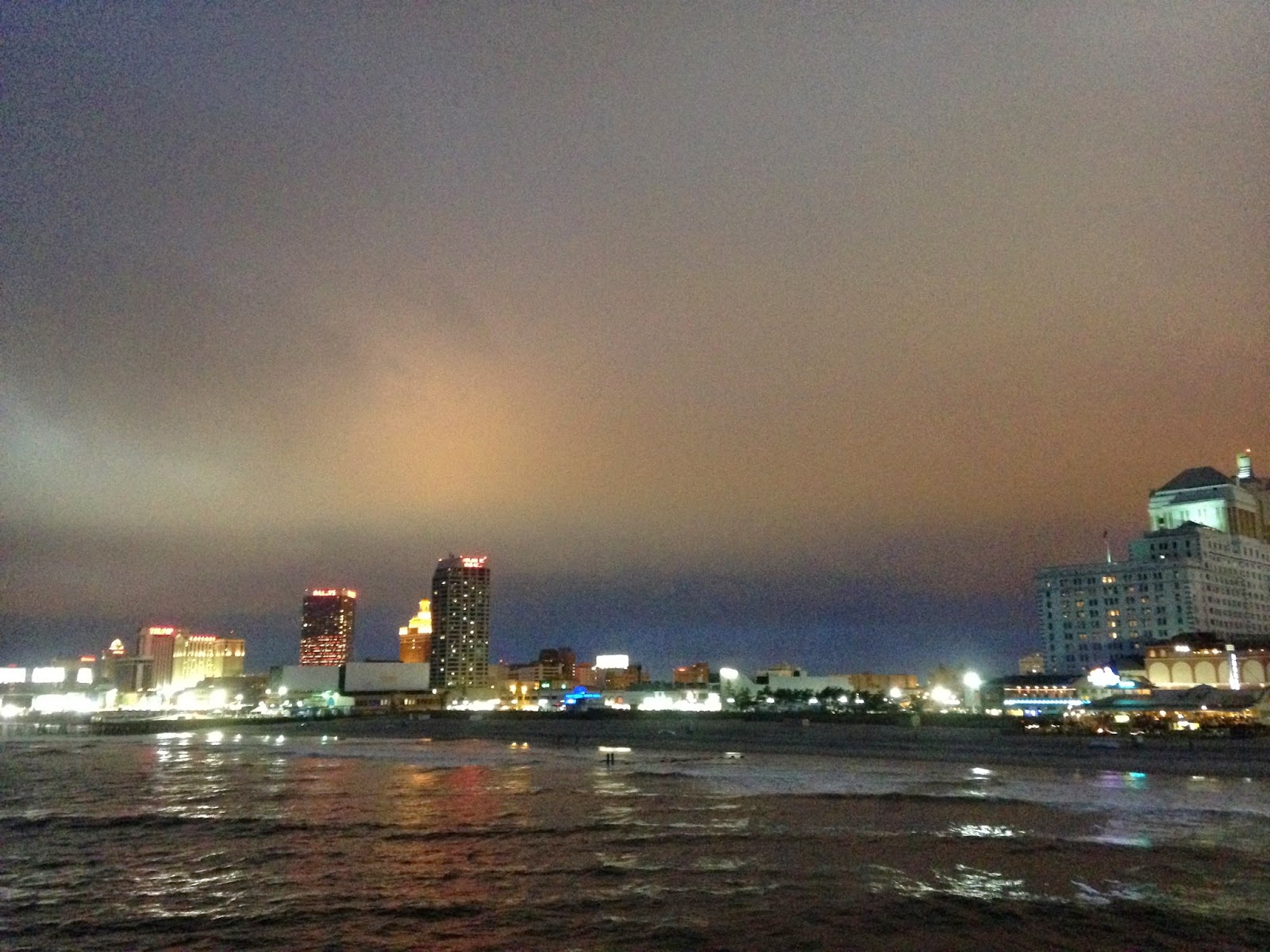 The once center of the gambling world on the east coast has been suffering on hard times lately. This year, in 2014, four casinos have shuttered, including the much heralded Revel, which was supposed to be the force to return Atlantic City to stardom. And there could be a fifth closure. Conventional thinking, at least what those in the media are trying to say, is that "Atlantic City can't handle the out-of-state competition," "The North Jersey politicans are trying to kill Atlantic City," "there's no customer base left." While all of these hold a bit of truth they are missing the big picture of this downturn - too narrow a focus on casinos and casino development.

Looking a little west of New Jersey to Las Vegas, we saw the reinvention of the desert resort town in the 1990s - resorts grew bigger, the buildings themselves became tourist attractions and attractions that were alternates to the casinos were set up to attract people like me - the non-gamblers. Today in Las Vegas, you can see a Broadway and Disney quality show, marvel at the architecture of a resort, dine in some great restaurants and do some shopping that comes pretty darn close to Fifth Avenue and Rodeo Drive!

Atlantic City did make a few attempts - Showboat had a very large bowling alley, Tropicana had an indoor amusement park called Tivoli Pier, Harrah's and Trump Castle (now the Golden Nugget) attempted to make use of their marina location, and the casinos did attract rather large acts to the hotels and to Convention Hall (now Boardwalk Hall). The casino executives disavowed many of these projects; closing them down and converting them to more casino space. As the gamblers left, the acts went from A list to B list and the non-gamblers were left with little to do. This overlooking of the non-gambler is especially sad because Atlantic City has something that Las Vegas does not - a beach and the longest boardwalk in the world.

Casinos started to realize their wrongs, and while Borgata and Tropicana have been successful in building attractions for the non-gambler and some of the Boardwalk hotels opened beach bars, it seemed to be too little too late, and the bad decisions of the past 30 years were coming home to roost. The Pier at Caesars is now a ghost town on the second floor, the new convention center has no room for expansion, Revel could not keep a customer base while alienating the current Atlantic City customer base, unemployment and crime are a much higher and the crowds just aren't there.

As it was in my lifetime, focusing on casinos alone, it's time to play taps. It's time to accept it.

Atlantic City must search for atlernate source of income and investment, if that happens, I believe we can see a rebirth of the city by the sea. Richard Stockton College and Atlantic County Community College should take a lead and build campuses in Atlantic City - with residence halls! Students and faculty/staff will bring in some business - this has helped New Jersey cities like New Brunswick, Long Branch and Jersey City. Expand the medical center - it is already a Level II Trauma Center, the only one in the region - doctors, nurses, hospital staff and vistors will also bring in some much needed business. Expand the convention center or just build a new one - that way, Atlantic City can better compete with moderate-sized cities like Indianapolis, Pittsburgh and Charlotte - more hotels will need to be built and conventioneers will want to eat in new restaurants. Expand the shopping and dining - the Walk is already seeing an expansion, and the marina district is prime real estate to utilize its waterfront with shops, bars and restaurants in the same way that San Antonio has done, as well as Baltimore, Miami and Tampa.

My ideas may seem a tad "pie in the sky," but with a little cooperation and acceptance of the "death of casino-centered Atlantic City" this city could be on the way to its rebirth and can return to destination status.
Posted by Chris at 12:18 AM