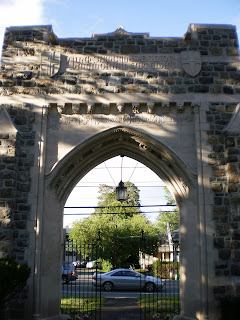 Rick Santorum made some comments about college that gained a lot of attention.

It was a great song in the 1980s, but it's sadly, the reality of this administration.

New Video of the Challenger Explosion

Just a little more than 26 years, a new video of the Challenger explosion was discovered

The Left: Fixated on & Obsessed with Sarah 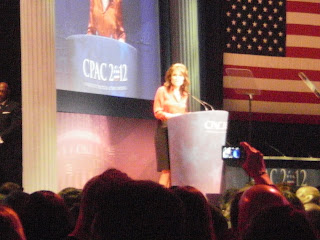 They can't get enough of attacking Sarah Palin!

I was beginning to miss these!

Rick Santorum: "Satan Has his Sights on the United States" 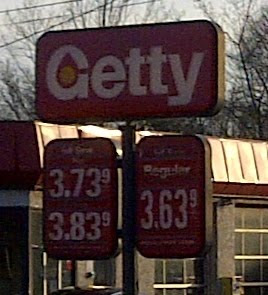 And just remember, after George W. Bush allowed for offshore drilling, gas prices fell and by Election Day 2008, I saw prices in New Jersey as low as $1.79/gallon.

A Belated Anniversary Wish to a Great Show 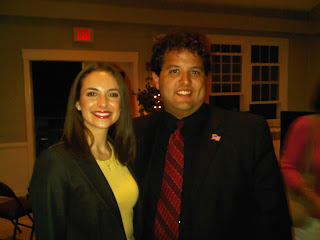 After seeing a Tweet appear on my BlackBerry feed earlier this evening, I feel the need to wish a Happy Belated 5th Anniversary to a great show: Fox News's RedEye w/ Greg Gutfeld! 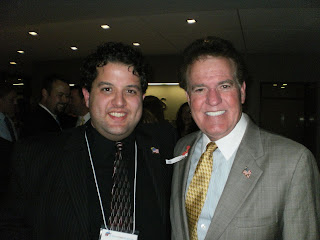 The picture you see of me is with Congressman Phil Gingrey of Georgia. I am including him in this entr not only because he's an all-around good guy and strong Conservative who I had the pleasure of meeting last November in Atlanta, his Facebook post just reminded me that today is the 3rd Anniversary of the Obama Stimulus Package, or the legal name: " The American Recovery and Reinvestment Act." Here is Congressman Gingrey's quote:

Mitt Romney spoke last weekend and CPAC and declared his Conservatism in his address; so much so that he told us, at least 20 times. Even though, people, including myself, still have doubts.

I'll just start with the clip...

Back in 2008, we may remember Rush Limbaugh declaring "Operation Chaos," where Republicans were suggested to cross party lines in Open Primary States to vote for Hillary to keep the primary going. As I remember, Democrats screamed foul over this, even attempting to indict Rush Limbaugh for voter fraud.

In this Election Year, President Obama continues to work to shore up his left flank. Today, news comes out that the president wishes to cut the nuclear arsenal of the United States by up to 80 percent, which if completed, will bring the American nuclear arsenal to being smaller than China's! There is only one thing to call this: lunacy!

CPAC=A Recommended Visit for Any Conservative

Having been a part of the Conservative Movement and supporting Conservative causes since my college days, you would think I have been to the Conservative Political Action Conference. Well, this was my first trip there and wow, what I've been missing! So much to do there, so much to see! 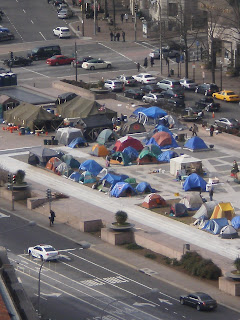 They planned, they tried, they failed! The "Occupy" movement, who has a ridiculously major problem with the First Amendment Rights of those who don't endorse their positions, and also don't mind committing acts of assault to get their point across, decided to organize a protest astroturfing at CPAC, in front of the Wardman Park Marriott and outside the Woodley Park Metro Station. As I was coming up the Metro's escalator to the street level, I started to smell them and hear them. They had their predictable signs, they screamed their "we are the 99%;" nothing new. To me, the group seemed rather small. While we did encounter at least one nice "Occupier," the others had some major issues during the few days there: crashing the hotel, heckling Sarah Palin, cursing out Dana Loesch and Andrew Breitbart.

As we have heard for the past three days, Whitney Houston passed away on Saturday at the age of 48. We don't know the cause of her death, yet many questions arise when her past 15 years is taken into account, as well as the hours before her death, and this is what has partially driven the 24/7 coverage in the wake of her death. 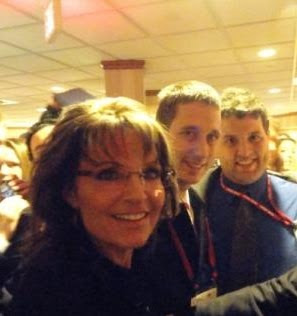 Before I get into her speech, that's right! I met her (that's a good friend of mine in the middle) at CPAC! A major reason I headed down this year, Sarah Palin keynoted this year's Conservative Political Action Conference (on her birthday) and as you will see from my video, she rocked the house!

A Brief Hiatus from "The 'Right' Solutions" 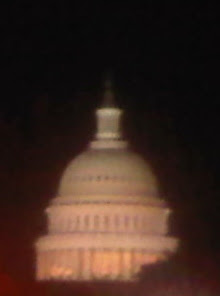 From now until Sunday evening, "The 'Right' Solutions" will be on a brief hiatus, as I will be in Washington DC for the next few days, attending the Conservative Political Action Conference (CPAC). Always a great time in the District and this will likely be as well, considering the speakers who will be attending, from Rick Scott, to Newt Gingrich to Sarah Palin.

I will check-in again when I return from CPAC.

Today in Washington, a sudden decision was made by the President to grant waivers to 10 states to suspend the No Child Left Behind Law, passed under the Bush Administration. 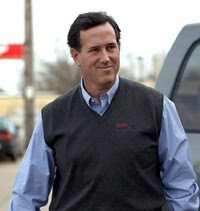 Last weekend, Rick Santorum had a three state sweep in Colorado, Missouri and Minnesota. The victories were quite significant, as he is proving wrong many pundits and those in the establishment wing of the Republican Party who, since Florida, have been stating that Mitt Romney's Primary Victory is fait accompli. The race is actually wide open. (NOTE: I do disagree with Schoen's final point in the previously linked article, that Obama is the big winner.) 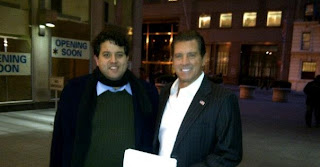 As you may remember, last month, I had the pleasure of meeting Eric Bolling of Fox News's The Five. Last week on The Five, he told about his experiences with the Chevrolet Volt, the hybrid car that is being pushed hard by a Federal Government backed General Motors, yet did not sell well in 2011. 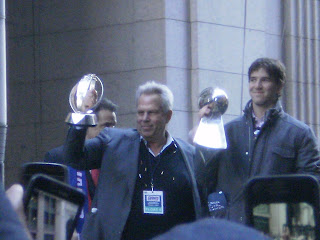 Yesterday afternoon, the Super Bowl Champion Giants came home, and today was the day to celebrate. The day began with a ticker-tape parade up Lower Broadway, aka the "Canyon of Heroes," to City Hall, where Mayor Bloomberg presented them with keys to the city. We saw song and dance that rivaled Michael Strahan's 2008 Classic! After that ceremony ended, the Giants headed to their true home, New Jersey, where they held a large celebratory rally at MetLife Stadium.

The OSW & Big Labor Problems with the First Amendment

In the closing months of 2011, we saw the Occupy Wall Street Movement take hold and the media embrace them. As the movement progressed, we saw incidents of violence, rape and vandalism take place, not just in the shadow of the 9-11 Memorial, but in cities around the United States. As problems had arsien from these "squatter camps," most cities put an end them, yet cities like Oakland and Washington DC still has a bit of a problem with them.

As the Super Bowl has become a media spectacle, the television commercials get a lot of play, especially that airtime was going for $3.5 million for 30 seconds. A Ferris Bueller reprisal gave us a nice memory, Jerry Seinfeld brought back the Soup Nazi, Anhauser Busch, as usual, had a stellar one, VW continued on the Star Wars trend and a child using a swimming pool as a toilet got a good laugh, but no other commercial was as good as this one:

The Giants are the Super Bowl Championships...AGAIN! 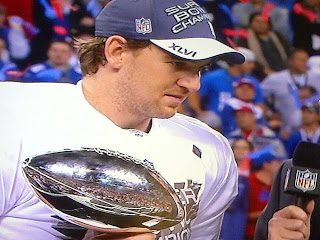 It has been quite a 2011-12 season for the New York Giants. Tonight, in Indianapolis, they won Super Bowl XLVI and are the WORLD CHAMPIONS!!!! A few months ago, I was quite concerned about the Giants even making the playoffs and mistakes the front office would make, but like the strong leader he is, Tom Coughlin brought this team together, focused them and they won the NFC East; beginning a memorable playoff run, which rivals the 2007-08 season, where they won their right to the Super Bowl in San Francisco two weeks ago. 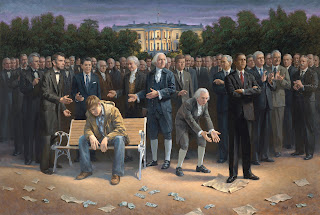 Throughout history, art has expressed a time period or a political position. For years, we've seen those on the left push the envelope with art, be it painting or film, and then when someone criticizes them, they scream that person is violating their free speech and artistic expression.

Email ThisBlogThis!Share to TwitterShare to FacebookShare to Pinterest
Labels: culture, Election of 2012, politics

Send Your Resume to the White House

On Friday, the unemployment numbers will be released and what is significant is that they will be AFTER the Christmas season, when the temporary holiday jobs have ended.

During this same week, President Obama held a Google Plus chat and had a very interesting exchange with the wife of an unemployed engineer. Considering he and his White House have been telling Americans the economy is roaring back and as a result, should be re-elected, he was caught off-guard when Jennifer Weddel told him her husband has not been able to find full-time work in three years! Obama even went so far as to suggest her husband send his resume to the White House. 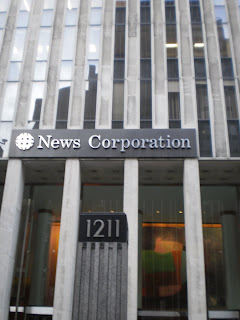 For the past 10 years, the Fox News Channel has held the top of the ratings at Cable News. To celebrate, some personalities, including Greta Van Susteren, were invited to open Nasdaq. (Something I would one day hope to do, especially if The Calling to Lead is published!)

Florida: After the Vote 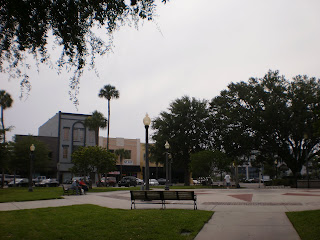 Alright, we know it already, Mitt Romney won and won big. In looking at the electoral map of Florida, the predictions that Newt Gingrich would hold northern Florida (the area that MSNBC decided to offensively slander) were true. He won a majority of the counties in the Panhandle, some in the north, yet did not win Duval County (Jacksonville) and three other counties. The rest of the state, with the exception of some Southern-Central interior counties, went for Romney, including the Miami/South Florida region and the very important I-4 Corridor. Exit interviews cite "Romney's electability" as the primary reason for his victory (And yes, I still question it), but it must also be noted Newt was outspent three to one in Florida, had the major political leaders against him (and for Romney) and was uncharacteristically flat in the debates in Tampa and Jacksonville. Moving forward, three candidates, believe it or not, still have a path to the nomination:

Good news out of Washington! Members of the Senate are pushing a bill to force an examination of whether or not the airport body scanners cause cancer. For someone who flies a few times each year, I dread ever having to go through these things and while I came close once, TSA thought the magnetometer was good enough for me the rest of the times. Friends who have gone through these things have complained of various heath issues such as the "feeling of sunburn" lasting for days after and hot sweats a few days after. TSA and Homeland Security pushed these machines upon fliers very quickly and have consistently argued that radiation exposure is at a minimum.